The Legend of Spare Parts No 3: THE CYLINDER 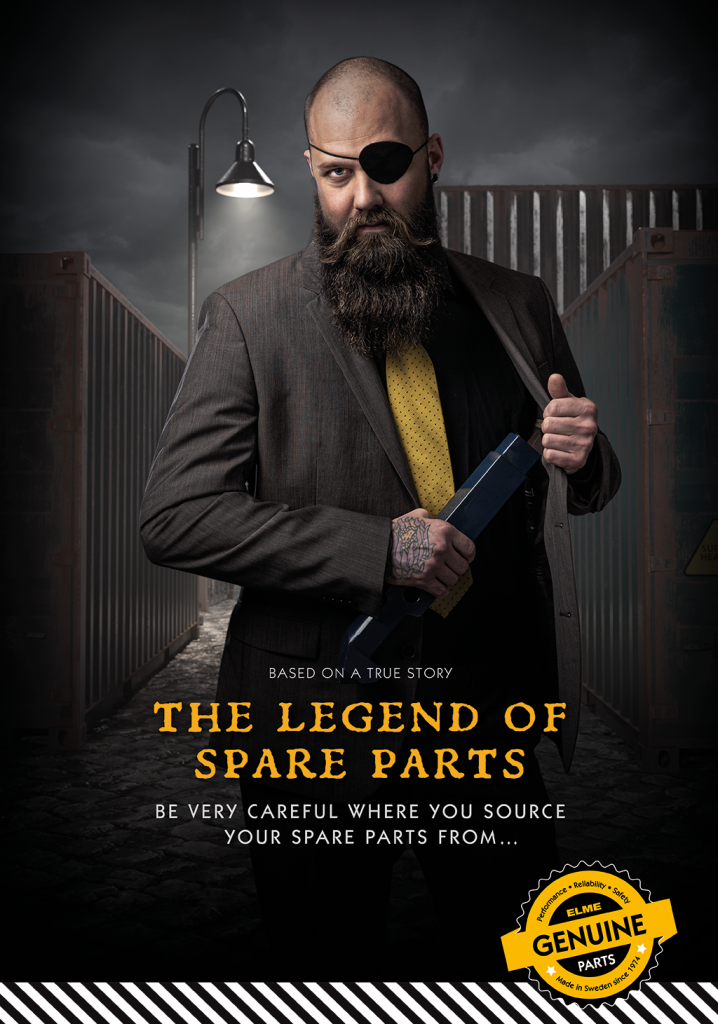 The traces of his breakfast was scattered across the kitchen table. The steam from the cup of still warm builder’s tea, tea bag left in, rose towards the drafty single-pane window. He had to leave this mess for later. He quickly patted his pockets. Had he forgot something? His eyes swept over the sturdy table again. Ah – the keys, next to the half-eaten bagel. He dusted off the crumbs and shoved them down his back pocket.

The sound of the radio stopped the mechanic in his tracks just as he reached the door. He couldn’t rush out now, could he? Not when his favourite Swedes were on! But mid-song the radio switched to another – that was his cue. He bolted down the stairs, humming about working all night and working all day – and all the bills you have to pay. He jumped in his battered blue van, hit the refrain as he turned the ignition, put the pedal to the metal and speeded towards the terminal.

The squealing noise from the wheel bearings echoed loudly as he reached the tunnel – a sharp reminder of that service he had put off. He would do it himself when he had the time but, like with everything else these days, it would have to wait. He thought of the task facing him today. It was also a service. Sort of. More of a… He didn’t like to use the word bodge job, but… He would do the best he could with what he had to work with, but still. It was all about saving money, he knew that. But in the long run… Ah, well. It wasn’t up to him, was it?

He passed through the entrance gates just in time, waved to the security guard who raised his coffee mug with a knowing grin. Must set the alarm earlier – or cut down on the snoozing. He parked the van with screeching breaks and hurried across the yard.

The terminal was on the smaller scale. Railway tracks cut through the worn tarmac like veins and trucks and men buzzed around the container piles like working ants. The surrounding mountains were a spectacular scenery, like something painted on an old plate. The downside was the brisk winds that swept right through the valley – and right through you. He shuddered and turned up his jacket collar. To call it chilly was an understatement, but he’d worked in the harbour before and was used to it. As long as you had something warm to… He stopped right there. The lunch box. It was still in the fridge. He smiled wryly. Another dry vending machine sandwich to look forward to then.

They had left the truck with him on Tuesday, so he’d better get a move on if he didn’t want them on his back – again, that is. It was just one of those weeks – he’d barely had time to think. He laid out the tools he needed and eyed the extension cylinder in front of him. Turned it around to find a trademark, just to confirm what he already knew – there was none. The dimensions weren’t quite right for the machine, nothing like the original. But it should work.

Or so he thought. He wasn’t one to give up easily, but this cylinder was a real challenge. He’d lost track of the time he’d spent on it now. None of the usual tricks had worked. When the manager came by he had confidently promised him to be ready by the end of the shift. But the cylinder was too long. It just didn’t fit. He eyed the cylinder bracket with a deep frown. He didn’t have any choice, did he? He would have to modify the extension beam.

It took it’s time. When he finally raised his visor the sun was beginning to dip over the mountains. He checked the weld. It would do. And when he gave the cylinder another try it fitted like a glove. He sighed and wiped the sweat from his forehead. His work was done.

The new mechanic scratched his chin thoughtfully. This was a mystery. The spreader had been working fine for years, they said. And he could barely find any notes about it from his predecessors. But then again, that wasn’t necessarily a good sign…

The extension cylinder he was supposed to replace had no trademark on it. And none of the ones he had tried would fit. Not even the original. He traced the thick weld around the cylinder bracket with his fingertips. He had seen several spreaders of this brand, but never with a weld like that. Someone had modified it to fit the now broken cylinder – a pirate copy that most likely didn’t exist anymore. He sighed heavily. They didn’t have any choice, did they? They would have to replace the entire extension beam. He didn’t look forward to that conversation.

A couple of years ago, a customer had major problems with replacing an extension cylinder on one of their spreaders. What no one at the terminal remembered was that, some years before, they had modified the cylinder bracket to fit a too long pirate cylinder. A cheap copy that wasn’t on the market anymore. Instead of buying an original cylinder to begin with, they now had to replace the entire extension beam. What had once seemed like a cheaper option, turned out to be quite expensive in the long run.