The Legend of Spare Parts No 2: THE HOOK 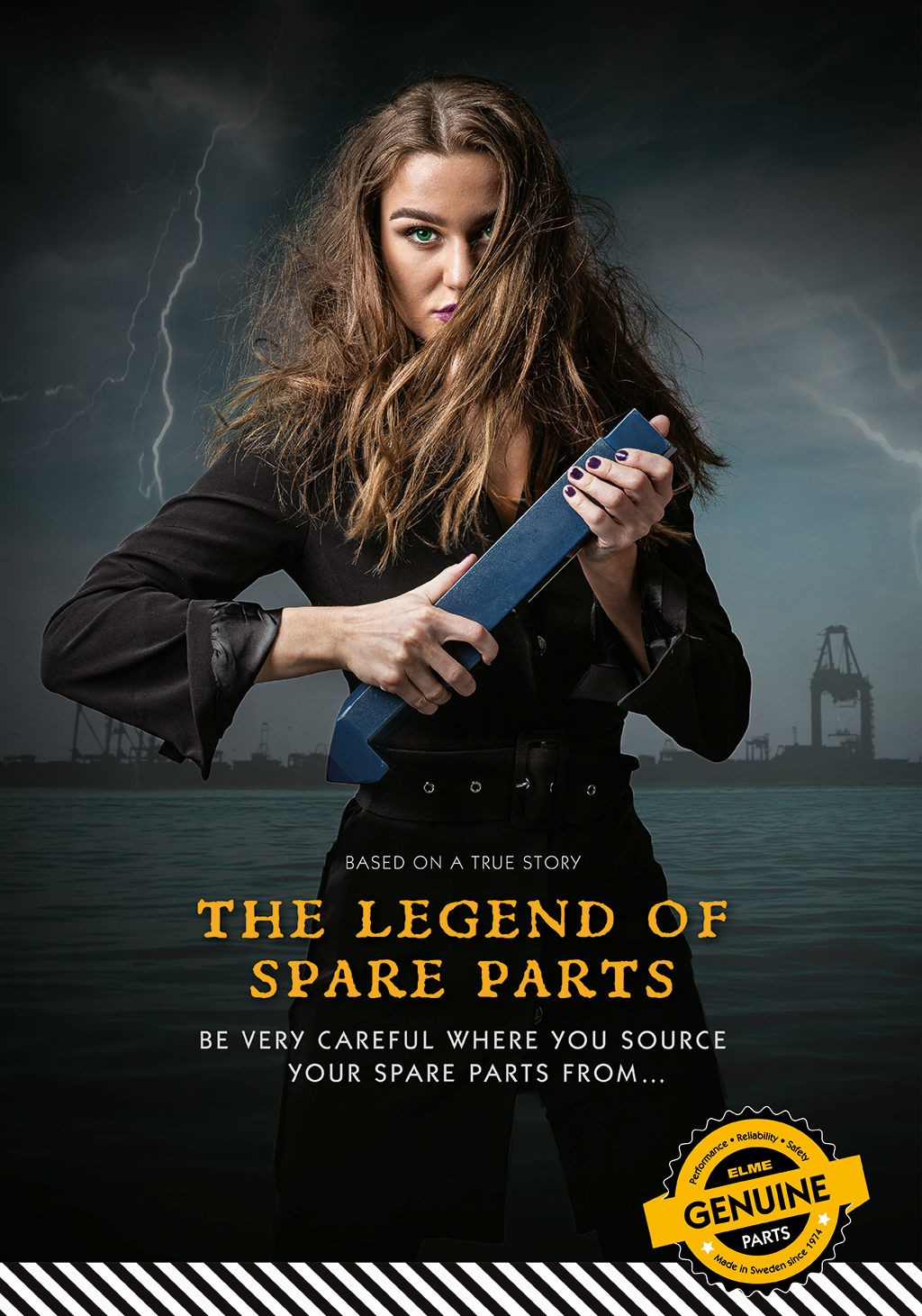 He knew he was behind – way behind. The first so encouraging comments from his fellow truck drivers had turned into disappointed glances. They needed him to do his share of today’s load, but he couldn’t keep it up – far from.

It was lucky no one could hear the long string of curse words he let out next. He couldn’t wait for the shift to be over. The only thing that could turn this day around was tonight’s game. He might be countries away from the small rainy island where football was larger than life, but then again that was where his team was from – England. His mind replayed the memory of being part of the red and white cheering crowd, watching his team on the field of their home stadium. Next year he would be back there for sure – and this time they would win.

His memories were interrupted by someone honking persistently behind him, urging him to move. He glared over his shoulder and steered the truck to the side. One of the new truck drivers passed with two empty containers raised high above him – and didn’t he look smug too… Or maybe that was all in his head. Because this was getting to him, not being able to do his job properly.

After numerous attempts the hooks finally got into position. The side clamps locked the two containers and the green light signaled that he could lift them. He let the truck carry the containers across the harbour grounds and put them down with a heavy sigh. Two down, plenty more to go.

He steered the truck around the row of containers and spotted the service technician a few metres away, talking to a guy with a black ELME logo on his high-vis jacket. He stepped on the brakes and they screeched loudly in protest. The service technician gave him a stern look. I know, I know… But this was his chance to speak his mind and he wasn’t going to hold anything back.

The other guy stared his way too. But not actually at him, he realized, but at the top of the spreader. The guy shook his head and turned the attention to him.

Now what? He climbed down from the truck and the bright light from the declining sun blinded him briefly. He shielded his eyes with his left hand.

– Problem with the load today?

He raised his eye brows – it was clearly a rhetorical question, but how could this guy tell?

The guy pointed at the hooks and signaled for him and the service technician to get closer.

– These hooks are not ours. They’re copies.

He took out a zigzag rule from his jacket pocket and reached up to show them.

– And they don’t have the right measurements. Far from.

He explained how the tips of the too long hooks interfere with the back of the corner casting.

– They don’t fit correctly into the pockets – and that’s the reason why you have problems picking up the containers.

– I’d guess it must be practically impossible?

And just like that all the words the truck driver had planned to say evaporated from his mind. He shared a quick glance of agreement with the service technician.

– You see, the guy continued and patted the end-post, our spreader is like a well-oiled team – every part has its place, its purpose. And you wouldn’t put an opposing player in your team, would you?

The truck driver shook his head and grinned back at him. This one really knew what he was talking about, he could tell. And, he thought to himself as the service technician discussed ordering new hooks, he might not even know it but he had just made his day.

The night outside was pitch-dark. He leaned towards the wide screen TV that lit up the living room and clasped his fists tightly. Come on, come on! The noises from the city night life were drowned by his and the sports commentators’ joyous cry of victory: Goaaaaal!

One of our engineers was out on site, talking to a service technician when a truck driver, who had a problem picking up containers with his machine, pulled over. He had a look at the spreader and immediately understood why – the hooks on the spreader were pirate copies, too long to fit their purpose. The solution was simple – change them to genuine ELME hooks and it will solve your problem. And so it did.