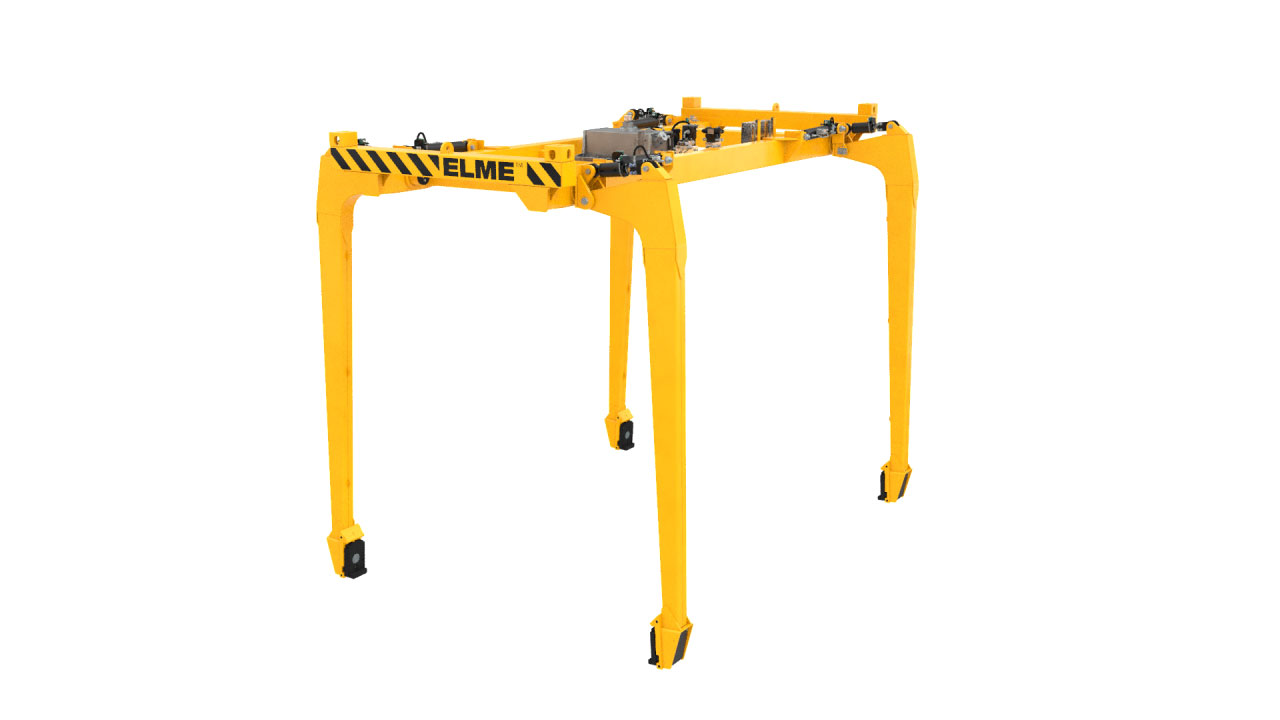 ELME Piggyback attachment 9530 is a removable unit mounted under any 20ft ISO crane spreader − dedicated for the handling of trailers, swap bodies and bottom lift containers.

The typical property of this attachment is to be easily attachable and detachable. It is also its main advantage and 9530 is the given choice where container handling equipment is already in use and the need for bottom lifts arises.

9530 is the economic choice at a terminal with relatively few bottom lifts and a desire to create flexibility in a fleet of container handling machines by switching from machine to machine.

PIGGYBACK LEGS SYSTEM
The leg arrangement is done according to the ELME design which is a load clamping system that involves all four foldable piggyback legs in an automatic sequence.

The feet are designed according to European standard and made of Strenx® 900E material (meets S 890 QL) to extend life time. Sensors (integrated in the feet) detect when the trailer is clamped and send signals to the indication system. To avoid unclamping, a signal is also sent as soon as the container/trailer is lifted off the ground.

HYDRAULIC FUNCTIONS
9530 has two hydraulic functions; clamp/unclamp and fold/unfold of legs. The powerpack consists of a single motor and pump assembly to assure accurate flow and pressure. All functions are controlled through solenoid valves on the attachment.

When the attachment is connected to the spreader, the spreader will be prevented from any telescoping and twistlock movements. Connectors from the attachment are plugged in the parent spreader. The spreader functions can then be used to control leg folding and clamping.

Crane indicator lights advise the operator when the piggyback attachment is correctly seated, clamped or not clamped. The system ensures that the twistlocks connecting the spreader to the attachment cannot be opened inadvertently.

DISCLAIMER
All specifications are subject to change without notice. A list of options enables you to adapt the product more precisely to your needs and further information is available on request.