The Legend of Spare Parts No 1: THE TWISTLOCK 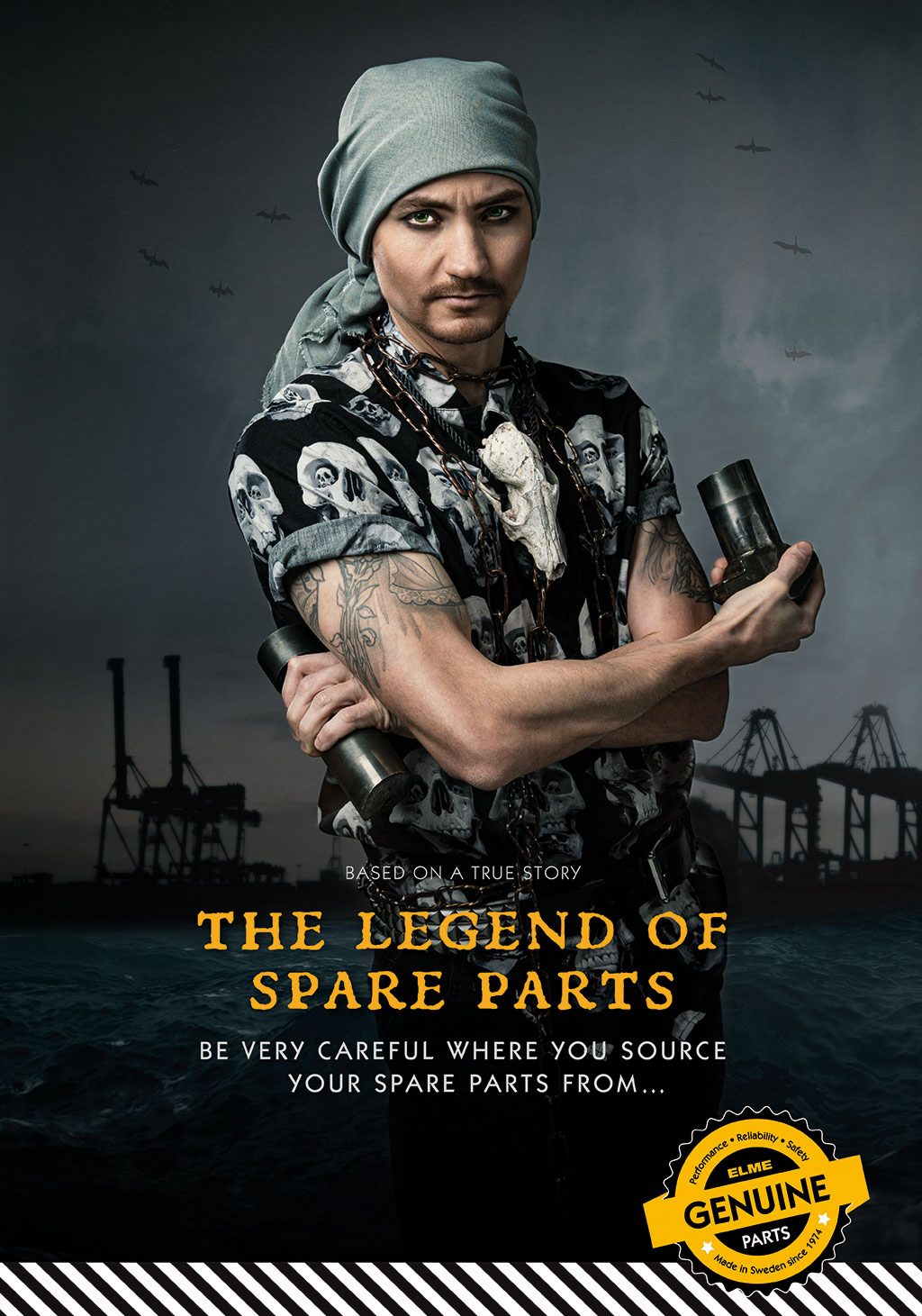 The coffee tasted bitter. It had been sitting way too long on the coffee maker’s rusty plate. He reluctantly took one last sip, poured the rest down the sink and headed back out. Outside the sun was shining and the truck driver thanked his lucky star that he worked in the harbour. The brisk sea winds washed away most of the thick smog that covered the city behind him like a heavy lid these days.

He made a face. The coffee aftertaste was harder to get rid of than the smog. He spat once and climbed up on the big truck that had been his companion for so many years now. It almost felt like it was part of his body – the hydraulics his muscles and the spreader his fists. He eyed the containers piling up high in front of him. Strong fists gently lifting heavy containers carrying goods for the entire world.

He moved the reach stacker boom upwards, let the twistlocks sink into the corner castings and waited for the light to turn green. That thought had occurred to him quite often recently, how he and his co-workers were small – but important – gears that kept the wheels of global trade turning. He lifted the container.

The truck engine roared as the truck carried the container across the harbour grounds. Suddenly the spreader shook slightly. The warm thoughts of sunshine and sea air slipped away. There was that uneasy feeling again. A feeling that had grown worse over the last couple of weeks. A feeling that he just couldn’t shake. Service had finally been taken care of. Yes, they had waited a bit too long this time. He remembered when he finally got his work horse back. How something had caught his eye immediately. It had taken a minute or two before he could shape the thoughts into words. Frustrated he had pointed at the spreader corners. Four new twistlocks. That would have been alright if the twistlocks didn’t have a strange finish to them. They looked almost naked apart from the traces of corrosion that had already formed on them. It just didn’t look right.

The memory of that day now felt like a bad omen. His senses, so well in tune with the truck, registered the small dislocation of the container. He could almost hear the crack when the back left twistlock broke. The cargo swayed but he managed to put it into place. Thankfully the three other twistlocks grasped the extra load tightly.

He swore loudly when inspecting the damage. The twistlock had broken midway. He’d never seen that happen before – and he had seen some things. He parked the truck and strode towards the office building, firmly gripping the half twistlock with his right hand.

Monday morning he was told that four new twistlocks had arrived. The right kind this time – the black ones with their distinct four-letter brand carved into them. His truck was standing there, waiting for him.

He climbed into the truck and turned the ignition. The radio started boasting a well-known monster hit from his younger days – well suited on a day like this, he thought with a grin, put the truck in reverse and hummed along to the lyrics about that hero.

We received a phone call to ELME regarding a warranty claim. A twistlock had, oddly enough, broken in half. The broken twistlock was sent to us for inspection and, as we had suspected, it wasn’t one of ours. To secure the performance and safety of your spreader – always use original ELME Genuine Parts.